I recently completed a long anticipated trip to Japan; a country I’ve respected from afar for a long time, and even more so in the past few years.  Japan, especially as of late, has received much criticism for their very strict immigration and refugee policies.  Last year, they accepted just 20 of 19,628 asylum applicants.  Unlike most other parts of the civilized world, Japan has tried to preserve its people and culture much more vigorously than most other places in the world.  In 2005 Internal Affairs and Communications Minister Aso described Japan as having, “one nation, one civilization, one language, one culture and one race. There is no other nation (that has such characteristics)” (source).

Language like this will generate outrage nowadays.  Japan doesn’t collect information on ethnicity, only nationality, but it is estimated ~98.5% of Japan is Japanese.  Japan also does not allow dual citizenship after adulthood.

Why does this matter?  Why is it important?  I think most people know deep down, whether they’re willing to admit it or not, that a society is bound to run smoother when it is populated by a majority that share similar background, virtues, culture, goals, and ideals.  Because it has to be said these days, this does not in any way mean others shouldn’t be allowed to live and flourish in societies where they may be a minority, just that civilizations tend to function better when there is a majority running the show.

This is self evident in so many different aspects of Japanese culture.  Roaming around Tokyo, my friend and are I were shocked at how clean the city was, given that it’s nearly 3 times the size of New York City.  Good luck even trying to find a trash can (yet the streets are still pristine).  Further, the train and subway systems are incredibly efficient and on time.  You pick up the notion rather quickly that there is a deep sense of pride in their land.  People don’t litter because they want to see the area they live as clean.  In Kyoto, there are community groups that on the weekends get together and clean the surrounding area.  We literally saw a gentleman scrubbing the rocks in the river while others picked up any trash in the river bed.  They feel a sense of civic responsibility.  The subways are insanely clean, and we even noted on several occasions many workers cleaning even the escalator handrails, something I’ve certainly never seen and highly doubt is done with any regularity in the States.  They even respect the slow traffic to the left, let people pass on the right common courtesy which you’ll hardly ever see in the United States.

This sense of pride is evident in other areas as well.  Regardless of the job, from taxi driver to janitor, you got the sense these people took real pride in their work, and did not carry themselves in a resentful way.  Every taxi driver kept their cars, both inside and out, in tip top shape.  They all seem to be from the 80s and early 90s but you wouldn’t know it from how well maintained they are! 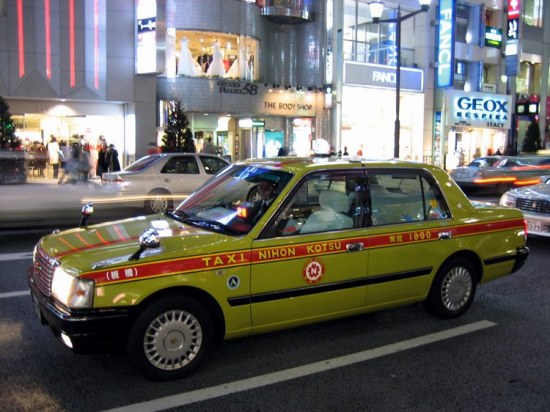 At one point I even saw a bus driver cleaning the front grill of the bus during some off time.  I saw some of the cleanest trucks in my life there as well.  This is not just a one off coincidence, this was everywhere we looked.

I have no doubt that part of this is due to a mostly homogeneous populace.  There are no racial tensions between groups.  There is no sense of entitlement, or resentment, from one group to the next.  I truly believe this is a huge contributing factor to the overall culture and functioning of the society.  It’s often stated that diversity + proximity = war.  You certainly get that sense more walking down the littered streets of Harlem than in any place we meandered in Tokyo. Anecdotal, I know, but still worth noting.

To address the title of the article, something I took away from this trip was how well preserved Japanese culture and life are, and I subscribe it’s because they are conscious in keeping their demographics at a level where Japanese culture will continue to thrive.  And this is okay!  All too often we’re barraged and guilted with how we need to let more of <insert group here> into our country because reasons.  I submit that true diversity is keeping culture separate and celebrating diversity in this way.  It sounds silly to say, but it really has to be driven home at this point.  I traveled to Japan because I wanted to experience Japanese culture and the Japanese people.  When I go to Germany, I want it to be German culture.  France, French culture.  I think you get the idea.  This guise of a multi cultural society is taking beautiful, vibrant, and wildly different cultures and mashing them together.  Diversity can only be celebrated and fully appreciated so long as they remain different and distinct.  I liken multicultural society to the kid who fills his soda cup with a little bit of every flavor.  We’ve all done this when we were younger.  It tastes awful.  There’s a reason why you don’t do this today.

Again, this is not a popular position to take in the current year.  Globalism will continue to be shoved down your throat whether you like it or not.  I, for one, don’t want to live in a world where you can be in Paris or Pakistan and not tell the difference.  We need to continue to fight to preserve the values and cultures that our ancestors have fought and died for for generations.