Ben Shapiro is a snake.  He is not conservative, he is definitely not for America, and it tells you all you need to know about who pulls the strings when he is being pushed relentlessly to be the face of “conservatives” in America.  There is no better example of controlled opposition than Ben Shapiro.

Dual citizenship should be banned in America.  At the very least, you shouldn’t be able to serve in Congress if you hold citizenship with other countries.  Most people don’t know more than 80 members of Congress are citizens of Israel.  Or maybe it’s just coincidental that in 2017, the last year with full results, Israel was ranked 3rd in countries we give foreign two at over $3 billion. 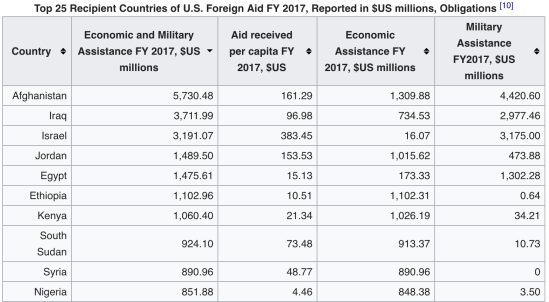 You cannot serve two masters.  You cannot serve two countries equally.  In your heart of hearts, do you believe most “American” Jews relate to America first over Israel?  To Americans as a people or to their Jewish roots?  Ben Shapiro would like you to believe he is America first.  Funny how he treats what America should and should not do wildly differently than what he says about Israel.

To recap: America should have to retain fake Americans who hate this country, but Israel totally should have the right to “transfer” people out of that land.  People, by the way, who can make a far better case for deserving to stay on that land than the likes of Omar or other Africans do to America.

People are getting tired of the double standard.  Tired of the lies.  Tired of the BS.  As Jesus said, people need to let their yes be yes and their no be no.  All else comes from the evil one.  Jews, or anyone, who say one thing to some people but hold a completely different standard to another contribute to the lack of trust in our society today.  When this was a Christian nation, it was a high trust society.  As that continues to strip away, it will only get worse.  Disparate religions and disparate people will only make it worse.  We’re already at the point where a lot of people say “what is the point” of even trying to keep it high trust when you have no faith in your neighbor to do the same.  That is where lawlessness creeps in.