SANTA ANA, Calif. – Following the arrests this morning of three defendants who allegedly operated “birth tourism” outfits that catered to Chinese clients, federal authorities today unsealed indictments that charge a total of 19 people linked to three schemes that operated across Southern California and charged clients tens of thousands of dollars to help them give birth in the United States.

The indictments charge operators and clients of three “maternity house” or “birthing house” schemes that were dismantled in March 2015 when federal agents executed 35 search warrants, which resulted from international undercover operations.

The 17 cases unsealed today contain the first-ever federal criminal charges brought against operators and customers of birth tourism businesses. The birth tourism operations not only committed widespread immigration fraud and engaged in international money laundering, they also defrauded property owners when leasing the apartments and houses used in their birth tourism schemes, according to the indictments.

The indictments describe birth tourism schemes in which foreign nationals, mostly from China, applied for visitor visas to come to the United States and lied about the length of their trips, where they would stay, and the purposes of their trips – which were to come to the U.S. for three months to give birth so their children would receive U.S. birthright citizenship.

“America’s way of life is not for sale,” said Joseph Macias, Special Agent in Charge of HSI Los Angeles. “HSI will aggressively target those who would make a mockery of our laws and our values to benefit and enrich themselves. No one needs to be reminded about the national security and public safety implications of visa fraud and the crimes associated with it. Anyone who would exploit our nation’s generosity and our legal immigration system should be on notice – they may end up being the ones to pay a very steep price.”

As American as apple pie, right?  This shit needs to stop.  This was never how birthright citizenship was EVER supposed to be interpreted.  It is absolutely insane it ever got this far.  These firms alone have done this for thousands of babies.  It is surely in the tens or hundreds of thousands if not millions for all the other birth tourism centers they haven’t cracked down on yet.

This is how it works.  Whether they come here specifically to birth a child to have a US passport or they cross the border illegally, the result is the same.  More than 60 million people have immigrated to the United States since the disastrous Hart-Celler Act of 1965.  Along with changing the quotas of the kinds of people who could come here, it also opened the door to preferentially allowing relatives of these newcomers first, which has come to be known as chain migration.  If you include chain migration and the children of those who have come here it is around 100 million people since 1965; a rather sizable portion of the population here.

It is becoming increasingly clear that we need to stop immigration altogether if we are to keep any semblance of what we see as our country intact.  Stop both illegal and legal immigration.  Or limit legal immigration to an insanely low number like a few thousand people a year.  Increasingly they are assimilating less and less.  And clearly many do not care about our laws at all.  You think Jing Dong gives a shit about our laws or the wellbeing of our country?

We have been sold a lie.  As Lyndon Johnson famously said of the 1965 act:

This bill we sign today is not a revolutionary bill.  It does not affect the lives of millions.  It will not restructure the shape of our daily lives.

Nothing could be further from the truth. 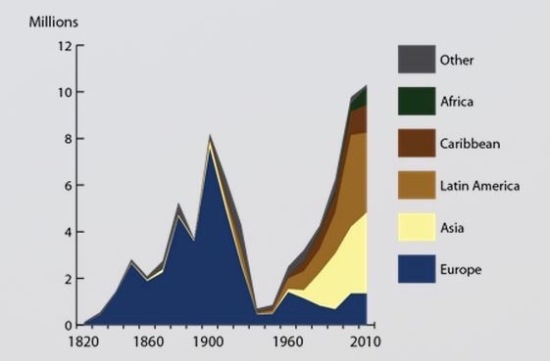 Didn’t change anything at all, huh?

As much as I love President Trump and what he has done for this country, it was a little bit worrying in his State of the Union address saying he wants more legal immigrants than ever.  God bless him, I am sure his heart is in the right place, but it is exactly the opposite of what we need right now if we want to preserve the tattered remains of this country.  But he is a civic nationalist, and strongly believes that those coming will assimilate.  This hasn’t been true for decades, if ever.  Close the birthright citizenship loopholes, tighten the laws, or end immigration altogether for the foreseeable future.  It may be the only thing that will give this country any chance of surviving.

In maybe the first and only documented move by the left to make government smaller, a group of House Democrats introduced a bill to eliminate ICE and disperse its duties to other agencies.  Via The Hill:

The new proposal, unveiled by Democratic Reps. Mark Pocan (Wis.), Pramila Jayapal (Wash.) and Adriano Espaillat (N.Y.), is the first piece of legislation to tackle the thorny issue, which has become a political lightning rod on both sides of the ideological spectrum in recent weeks.

Liberal Democrats have latched on to the “Abolish ICE” movement to protest President Trump’s aggressive approach to deportations, while Republicans have hammered the effort as a soft-on-crime strategy that threatens public safety.

The bill’s supporters contend that ICE, which was launched in 2003 as part of the creation of the Homeland Security Department, has become “militarized” in its approach to deporting immigrants under the Trump administration. They’re pointing to recent high-profile raids on undocumented workers, reports of substandard detention facilities and the ongoing saga of family separations at the border as evidence that ICE has lost its compass and needs to be scrapped.

This is very much a losing issue coming from the left.  A recent poll shows only 25% of Americans support abolishing ICE.  Much as they want it to be, having secure borders and actually executing the laws that are already in place are very much what most Americans want. 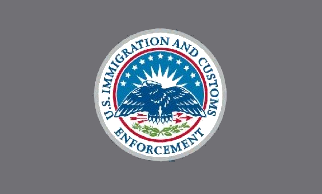 Napoleon’s “never interrupt an enemy when he is making a mistake” could not be more appropriate here.  The left pushed too hard too quickly in showing their true globalist colors and what they really want for this country.  Middle of the road people are realizing this now.  And we shouldn’t interrupt the Dems while they self destruct.  This will alienate the moderate portion of their base, and those Dems in office in moderate or red states up for re-election these mid terms must tread lightly.

Nine term Congressman, loser to extreme leftist Ocasio-Cortez, was recently complaining that she had made this too much about race.  Funny hearing this from one of the leftist imbeciles whose policies for the past 50 years have inevitably led to this very moment.  Via The Intercept:

His opponent, he said, was trying to make the campaign “about race” — a strategy he called “unnecessarily divisive” at a time when the party needed to be “fighting Republicans, not other Democrats,” according to two people at the gathering.

“I can’t help that I was born white,” Crowley said. One of those who heard Crowley’s speech, Nick Haby, a Democratic activist who attended the meet-and-greet, agreed to speak on the record, while the second asked for anonymity given Crowley’s power in the Queens political machine.

Literally every single Democratic policy is about sowing division and putting people into groups.  Identity politics has been their game for decades now.  Did he really not think this would happen?  Did he really think all the minorities he “championed” for so long would reward him kindly and remember him in the future?  Of course not.  This is but a microcosm of what is to come.  Population replacement is very real, and when they have majorities the rest of us will be marginalized, and have nobody but ourselves to blame.

Worse, he ran unchallenged for several elections in a row.  This probably could’ve come to fruition even sooner than it did.  And boy was he replaced by a real winner:

If Crowley positions himself as a photo negative of the president, Ocasio-Cortez is a different medium altogether. A 28-year-old woman and daughter to a Puerto Rican mother and Bronx father, Ocasio-Cortez’s most notable novelty is arguably not her demographic profile, but her policy profile. She calls for the abolition of U.S. Immigration and Customs Enforcement (ICE), Medicare for All, tuition-free public college, a federal jobs guarantee, and criminal justice reform “now.” “It doesn’t take 100 years to do this,” she intones in a viral campaign video. “It takes political courage.”

They aren’t even hiding their agenda anymore.  They want to turn this country into an open borders, socialist shithole.  Solid running points from this 28 year old indoctrinated loser.  And keep in mind the guy she beat was no slouch.  He was largely considered next in line to replace Nancy Pelosi as leader of the House Democrats if she retired or was ousted.  Democratic policies have turned this into identity politics.  There is no turning back, and now it looks like the game will have to be played that way, whether we wanted it or not.